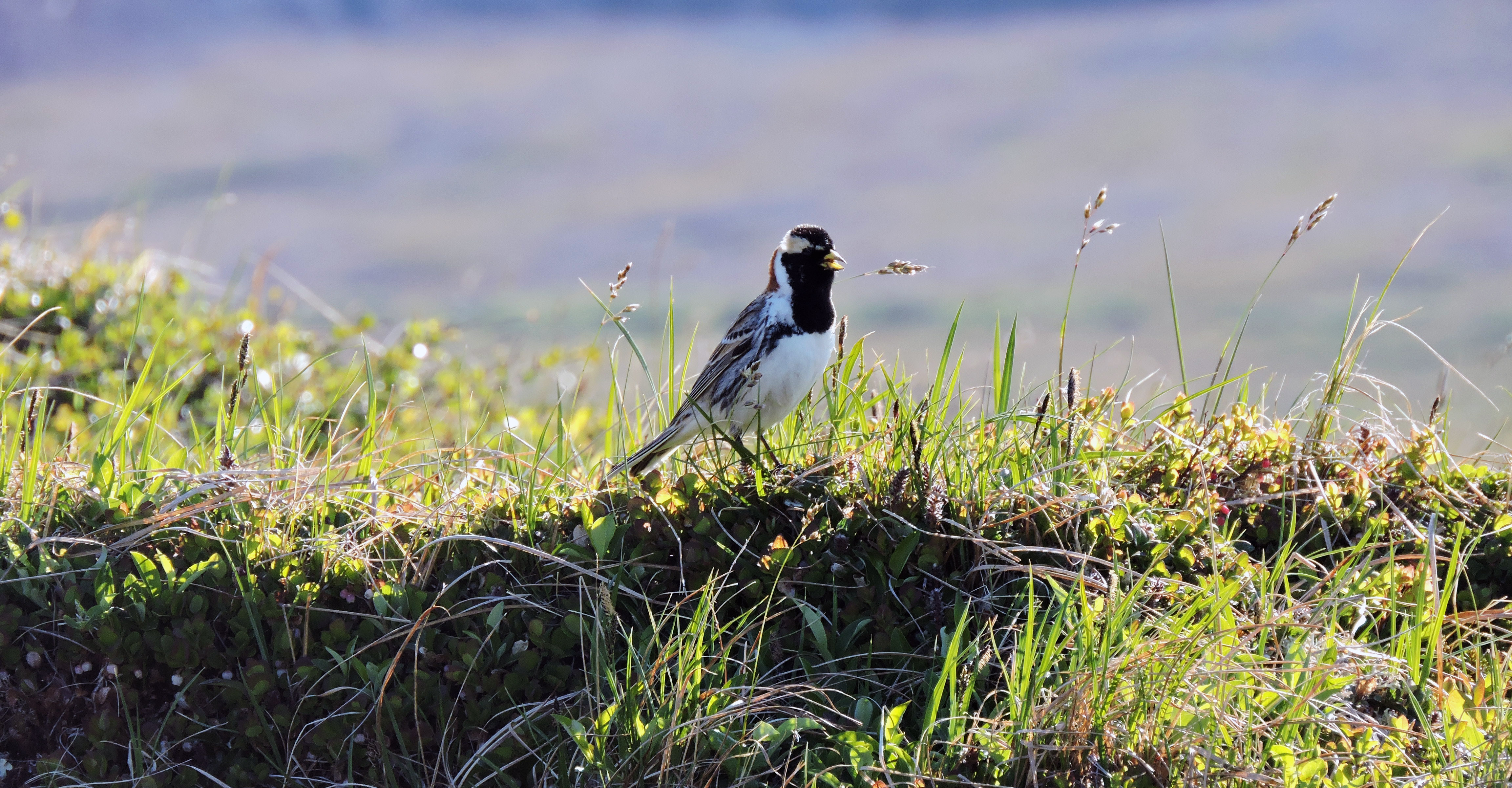 I am broadly interested in how the environment shapes animal traits used in mate choice and breeding behavior. For my PhD research I am using the Barn Swallow as a model system to understand interactions between sexual selection and social & environmental factors. Driving questions of my current research are:

What are the ecological consequences of vegetation change in the boreal-Arctic transition zone?

Warmer summers and thawing permafrost mean big changes in the Arctic. Across the globe, tundra vegetation is being overtaken by shrubby thickets. What does this large-scale change mean for Arctic animals? For my master’s thesis, I worked in association with the USGS Changing Arctic Ecosystems Initiative. We studied bird and arthropod communities across a gradient of tundra to shrubby habitats. We found that shrub thickets host a greater abundance and biomass of arthropods, particular herbivores and parasitoids.

As a technician with the U.S. Geological Survey in 2013 and 2014, I helped to replicate surveys done in 1988-1990. Our goal was to assess how populations of migratory birds had changed in western Alaska over 25 years of climate and vegetation change. The authors found that populations of shrub-associated birds were generally increasing, but that many tundra-associated birds were stable or declining.